Hello everyone! I literally just ran into this site randomly while on Google (if "random" and "google" is even a thing together ;D).
So I guess introductions are in order! My name is Daniel, born 1978, and originally from Iceland.

I started using Amiga 500 in 1992, and immediately stumbled upon the demoscene (Kefrens Megademo 7 was the first one I had), and I've been living in modtrackers ever since. Mahoney & Kaktus tracker is my favorite ofcourse, they were my childhood heroes (even got to meet Mahoney a few years back, w00t). I'm still in the demoscene tracking music, everything from chipmods to full fledged VST-tracking to MP3's using Protracker 2.3D, FastTracker2 and Renoise. One thing I DO NOT do however, is use any Amiga tracker newer than 2.3, i.e any v3+, they're too messy.

This weekend I'm going to a demoparty again, to complete in the music competitions, I attend about 2-3 of these a year. 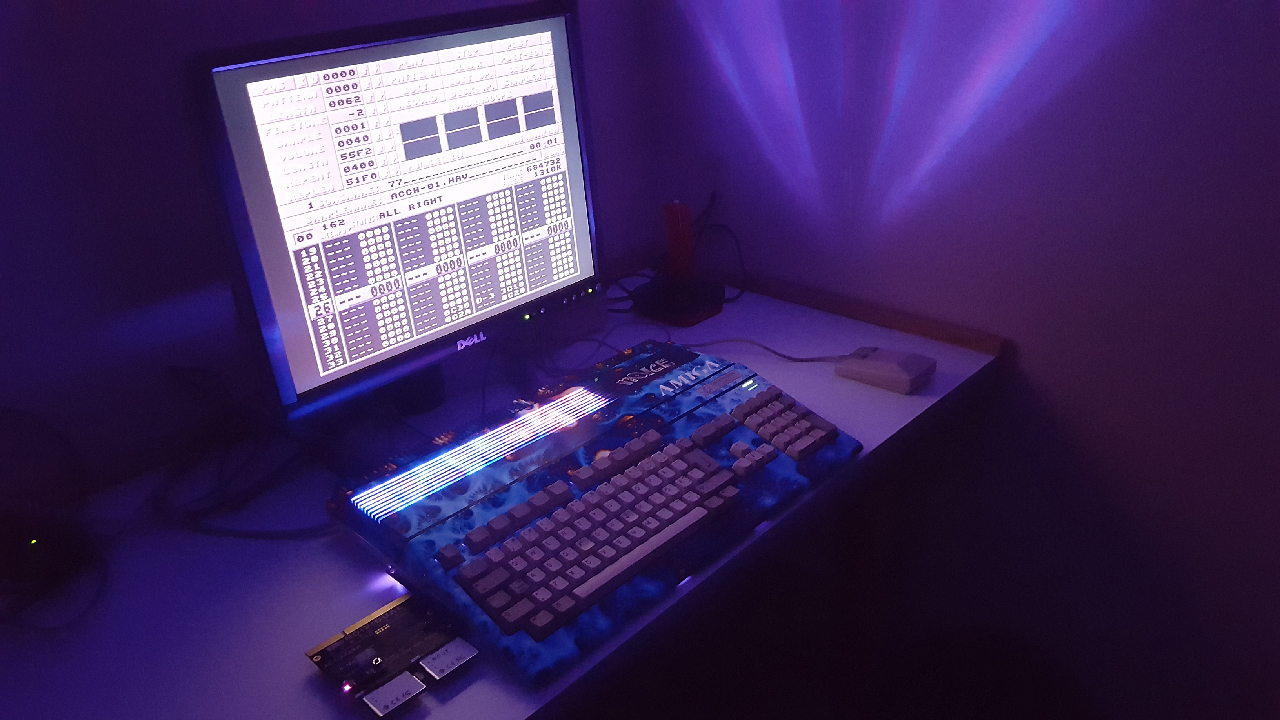 The full build can be seen here: http://amiga.hyperunknown.net

Im going to browse the forums and see what fun things I can find, I need to figure out some basic stuff in Workbench, I've been tracking continuously on the Amiga since 1992 but actually never used Workbench properly >< .. Getting all icons to show by default, and stuff like that.

Well I guess that's it, I'll go submerge myself in the forums now

@hyperunknown Welcome! Wow what a fantastic machine and kick ass history with the 500!

Do you have links to your tracks? (Are you on bandcamp - I looked but can't seem to find you?) Would love to check out your work while I'm at the office.

Wow, that is an incredible mod job you did. Welcome and thanks for sharing!

Seriously baller 500. Thank you for sharing your passions with us!

I've always been envious of the vibrant demo scene in the UK/Europe as well as the amazing track work that they practically invented from scratch there. Kudos for being a part of keeping it alive!

@ intric8:
Never been on bandcamp, but I have a few things on soundcloud;
However, all the MOD/XM's I've put up here;
Been lazy the past few years though but I'm getting back in there :P

@ ArtstateDigital
Indeed, 2000AD and 2KAD/Rebels as it was for a bit .. I really need to update the AMP page ><
Currently in Noice since about 15 years back :)

@ Zippy Zapp & Mr.Toast
Thanks :D Actually I think the demoscene is more alive now than it ever was :P
Post Reply
6 posts • Page 1 of 1